Privateer 2 was announced in the spring of 1996 right after Wing Commander IV was released. However, almost a whole year passed from the announcement to the premiere ... Darkening is another, expensive product of the Origin-Electronic Arts marriage. This time, the costs were only $ 5 million, of which the production cost of cut-scenes was 3.5 million! The film was shot at British Pinewood Studios. The cast is impressive. It is true that the lesser-known actor Clive Owen plays the main role, but he is also played by: Christopher Walken, Jurgen Prochnow, John Hurt, Brian Blessed as well as David Warner, Mathilda May and David McCallum. 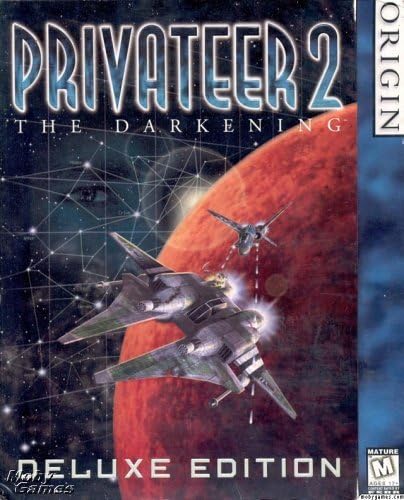 Unfortunately, technically the video movies are of a much lower grade than what we got in Wing Commander IV and even in its previous episode. Graphics in only 256 colors, and interlaced! It allowed to pack Darkening on only three CDs, but it significantly worsened the aesthetics of the image. The fight scenes are classic - high-end SVGA, similar to the scenes from WC4. There was going to be some significant improvement in quality, but it's hard to say. Indeed, the variety of spacecraft is impressive and their silhouettes more fancy ... but the rest are standard. Music may appeal to someone who likes a very specific version of techno, if that's how it can be classified. Music lovers with very sophisticated tastes will surely be delighted ... The sound effects also resemble those from WC4. 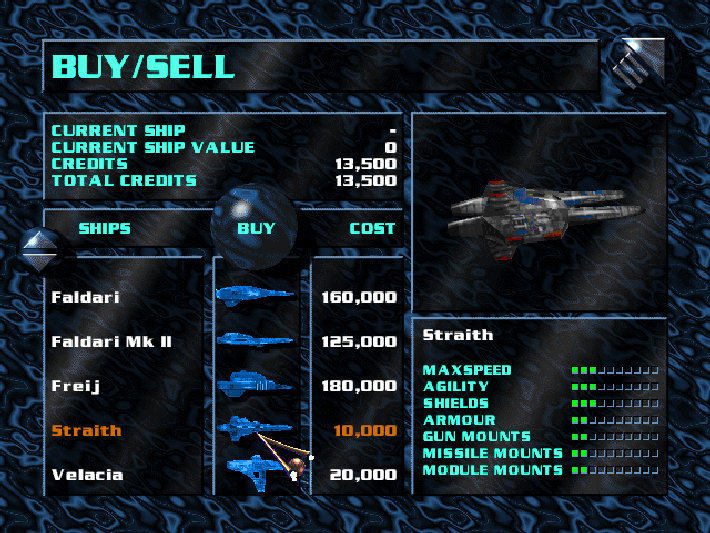 Scenario ... The protagonist of the game is Ser Lev Arris. The ship in which he was flying was unexpectedly attacked. The attackers damaged it to such an extent that the pilots could not prevent it from falling. After the disaster, Arris is taken to the hospital. When he regains consciousness, he has lost his memory. He does not know who he is, whether he has a family, where he comes from ... He must start a journey that may lead him to learn about his own past. This is the goal of the authors of the game. We start our journey with cash that allows us to buy the cheapest fighter. We can equip it with weapons and systems the quality of which leaves much to be desired. Next, as in the original: trade, missions to complete (here some "announcements" are addressed directly to Arris), new equipment, better ships. But most of all, searching for a lost identity. The authors of the game refer to ties not only with Privateer, but also with Elite and even X-Wing. The resemblance to Elite can be seen immediately - the approach to trading, the ability to freely explore the universe. However, the relationship with the X-Wing is, in my opinion, highly questionable. Darkening was based on the system developed for the Wing Commander series. It cannot be denied that computer pilots behave the same as in other games in the series. Many players who prefer games such as X-Wing and TIE Fighter express their contempt for Wing Commander. Darkening has not been altered to such an extent that it could impress the opponent of the series and force him to change his position. Privateer 2: The Darkening is one of the most interesting space simulations. Unfortunately, contrary to the announcements of its authors, it is not a breakthrough game "that could become the beginning of a new era ...